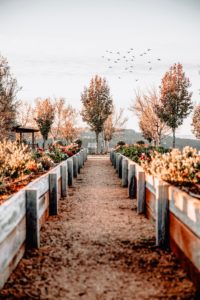 September is a confusing time in the garden. Depending on the particular year and its weather, some summer crops could be just starting to flower and fruit, or they could have come and gone already. This year feels especially late. A super wet spring here in the North Bay led to soggy fields and late spring plantings, leading to late harvests. By the time the tomatoes and peppers starting appearing at farmers markets, I for one was starved for them.

To feel the first chill of fall in the air (was that just me?) when you’ve just started picking tomatoes from the garden – well, it’s a confusing scene. There are some tough choices to be made in where to spend your energy. Here’s what I’m currently dealing with in my flower fields, and hopefully it will help you as you think about your own garden. 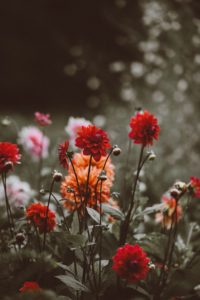 When looking out at the garden feeling overwhelmed, I like to hone in on the spent crops right away. It’s always an easy place to start. For my flower fields right now, the zinnias are on the tail end, the sunflowers have all been cut but their stocks still stand, and the cosmos are just a messy tangle. So first up on my agenda is to tackle these obvious chores. I’ll rip the crops out, dump in the compost pile and get ready to add fresh compost to the beds when empty.

It’s worth taking a little survey of your weediest areas (I have many), and deciding where to devote your precious time. Is it really worth weeding the dead zinnias or sunflowers that you’re about to pull out of the ground? Probably not. In my garden, there are a few crops that are about to start blooming, like fall mums and a later succession of compost. That’s where I should focus, and really give these late crops a good chance at thriving. 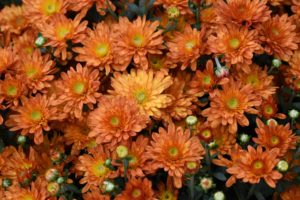 What can I do now that will set me up for winter? I have a goal of sowing some cover crop this winter (after a few seasons of slacking on it), so I might as well go buy the seed now before it’s a last minute scramble. Another goal is to pull out some perennial crops that just aren’t working for me in my garden. It would be a good idea walk around the garden and tag them now so there’s less decision making down the road.

It’s time to start making the list of winter projects! Beyond cover crop and pulling plants, there are little construction projects that I’ve been wanting to do, beds to turn over, sheds to organize, and seeds to order. This winter I want to schedule time for all of these and try to get ahead for next year’s garden.

What’s it looking like out in your garden right now? Let us know!